Will Hughes: Can we believe the hype?

Every once in a while a footballer comes along who is talked about as "the next big thing".  Even more rarely discussion turns to a potential star of a generation.  Derby County's 17-year-old Will Hughes probably fits neatly into the middle of these often hyperbolic statements, currently careering right down the centre of this most glittering of sparkly roads in British sport.

When you're 17, have just a handful of appearances under your belt but own a reputed list of suitors including both Manchester clubs, Chelsea, Arsenal and Tottenham, you must have something about you.

When you throw in the fact that the iconically masterful Barcelona - possibly the finest club side of the last 30 years - own a dossier on Hughes' performances, you know that this boy can play a bit.  At the very least he can obviously control a football and pass to his own teammates, something mystifyingly beyond the alleged best of England's recent crop of midfielders.

Unfortunately I was unable to take my usual residence on Saturday at Ashton Gate so missed the opportunity to run my eye over this shining star.  Thankfully, Hughes' namesake, Will Jones from the brilliant website To the Left of Ross, was in attendance and returns to The Exiled Robin with this take on English football's new wunderkind:

"Will Hughes arrived at Ashton Gate on Saturday propelled by a gale of publicity.  An England Under-21 international as a 17-year-old in the Championship, and apparently on the January to-buy list of half a dozen Premier League sides, it was hard not to look out for him during the game – a task made easier by his impressive shock of white-blond hair.

In truth this wasn’t a performance that would have had the uninitiated raving about him post-match.  He didn’t stand out as the best player on the pitch, or provide a unique dimension within Derby’s pleasing on the eye passing (first half) and solid defensive (second half) displays.  But I was impressed nonetheless, and I’m inclined to think that his propensity to blur into part of a solid team performance is precisely why.
Derby played a startlingly young midfield 5 – averaging under 22 years of age, Craig Bryson was the grand old man of the group at 26.  Yet all five (Bryson and Hughes plus Michael Jacobs, Paul Coutts and Jeff Hendrick) were comfortable both on the ball and as part of a thud-and-blunder December Football League tie.  Their energy and enthusiasm was testament to their age, but their confidence and calmness tempered this to good effect.  Hughes was perhaps the best example of this.
Unlike many a young player making a name for themselves – Raheem Sterling, say – Hughes isn’t the type to extemporise and attempt the sublime at the risk of achieving the sub-par.  Hughes plays like a man with 250 games rather than 25 under his belt.  He’s happy, for the benefit of the team, to take a single touch and move the ball on, moving his feet at the same time to be ready to receive and make another simple, sensible contribution.  His speed of thought is good, and he regularly popped up to ensure continuity in building attacks and pressuring the home defence – but he wasn’t desperate to be the man getting ahead of play, running the channels or popping up in the box.  He was happy to be a vital part of a solid unit.  At 17, and for 90 minutes, that’s impressive.
Perhaps the biggest compliment I can pay him is that he didn’t seem like a young English player at all.  Maybe  it was just the white jersey, but he seemed like a less developed version of one of those dazzling German CMs of recent years – a bleach blond Sami Khedira, perhaps.  That, I think, is why there will have been scouts at the gate (let’s face it, they weren’t looking at Marv).  This is stuff English players need to learn and rarely do.  It’s the stuff that everyone we lose to has.  It’s the stuff that wins tournaments.  It’s the right stuff, and based on 90 cold minutes Will Hughes has it."

Thanks very much to Will Jones for his time and descriptive words on Will Hughes. 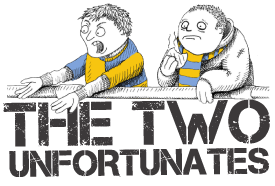